Our next, and possibly last, reunion is on

Your invitation and registration form have been emailed to you and also attached below.

The weekend will be informal, with the first get together on Friday 10th at the old Kingston Hotel on Canberra Avenue. It's now a very popular place for all ages to meet. There's a great bistro available for anyone wishing to stay on for a bite to eat. Just keep an eye out for a familiar face! 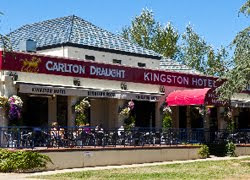 On Saturday 11th March, we'll travel by coach to the Cotter Reserve for a BBQ lunch and a walk to see the new dam. Hopefully the leaves will be starting to fall, something which makes the Cotter such a beautiful place. 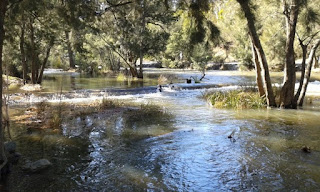 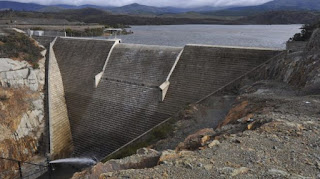 In the evening, our pre-dinner drinks will be at the rear of the Hyatt Hotel in Lennox gardens. Then we'll converge on the hotel itself for a fabulous seafood and hot menu buffet in the Promenade Cafe.

On Sunday the meeting point will be at Sue King's home in Yarralumla. A brunch (with a bubble or two) before we say goodbye to interstate ex-students. 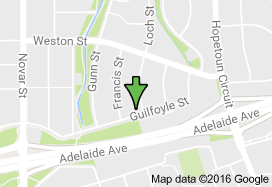 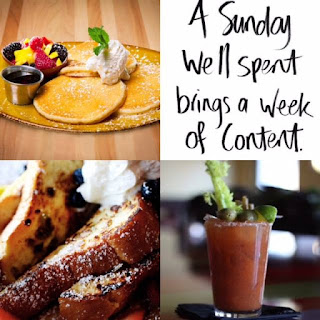 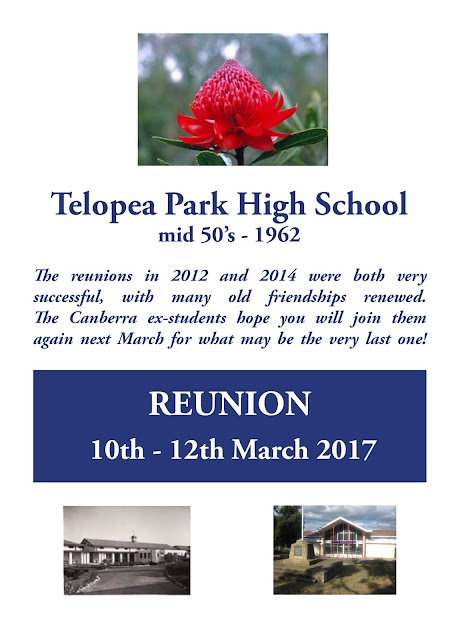 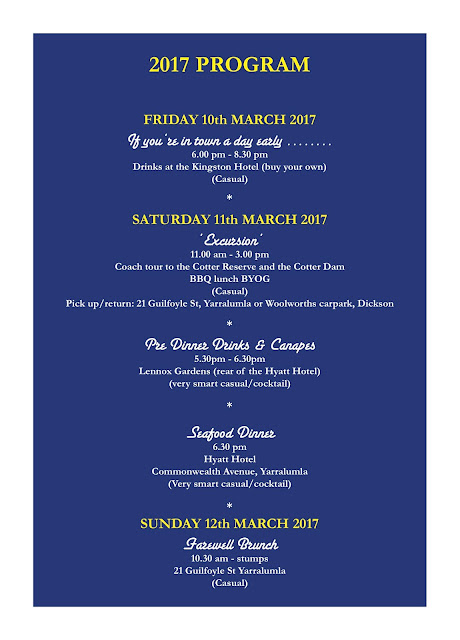 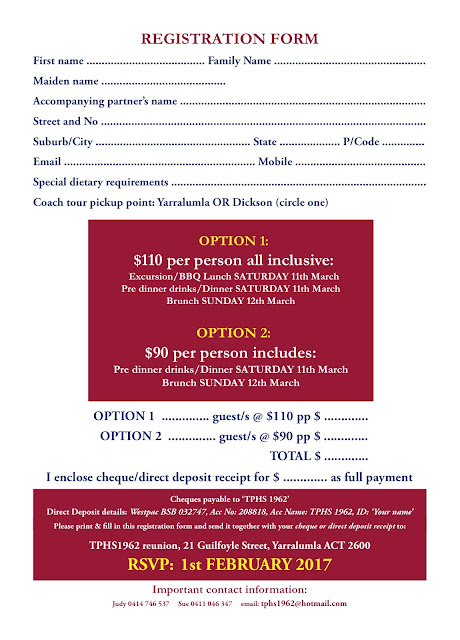 To those who have sent in their acceptances, thank you

To those who have indicated they will be at the 2014 reunion, Judy is waiting for your acceptances.

To those who have apologised,
we hope we can catch up again next year with you.

The electronic invitation you received on Boxing Day 2013 is also now attached below.

The Canberra TPHS 1962 ex students look forward to welcoming you. 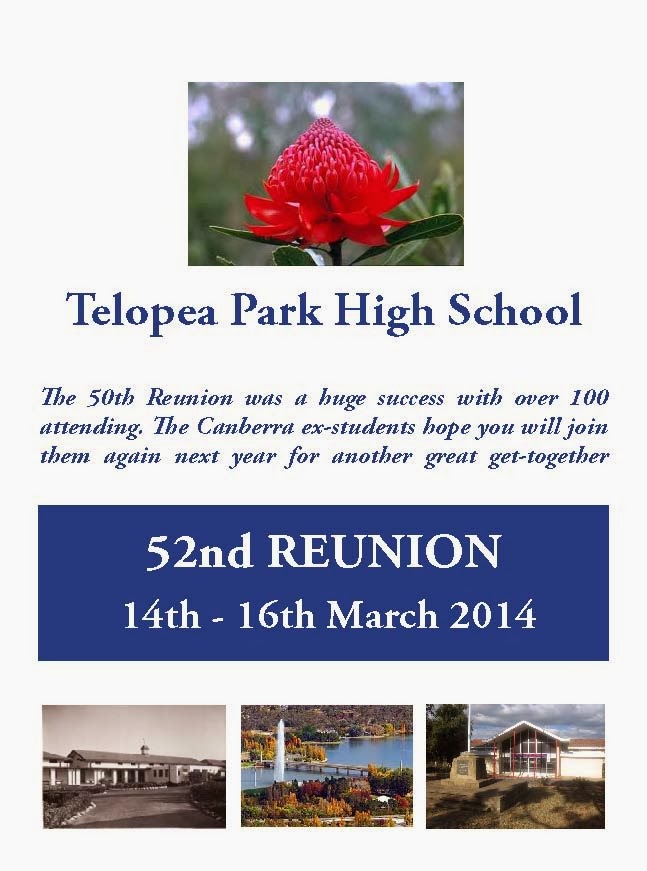 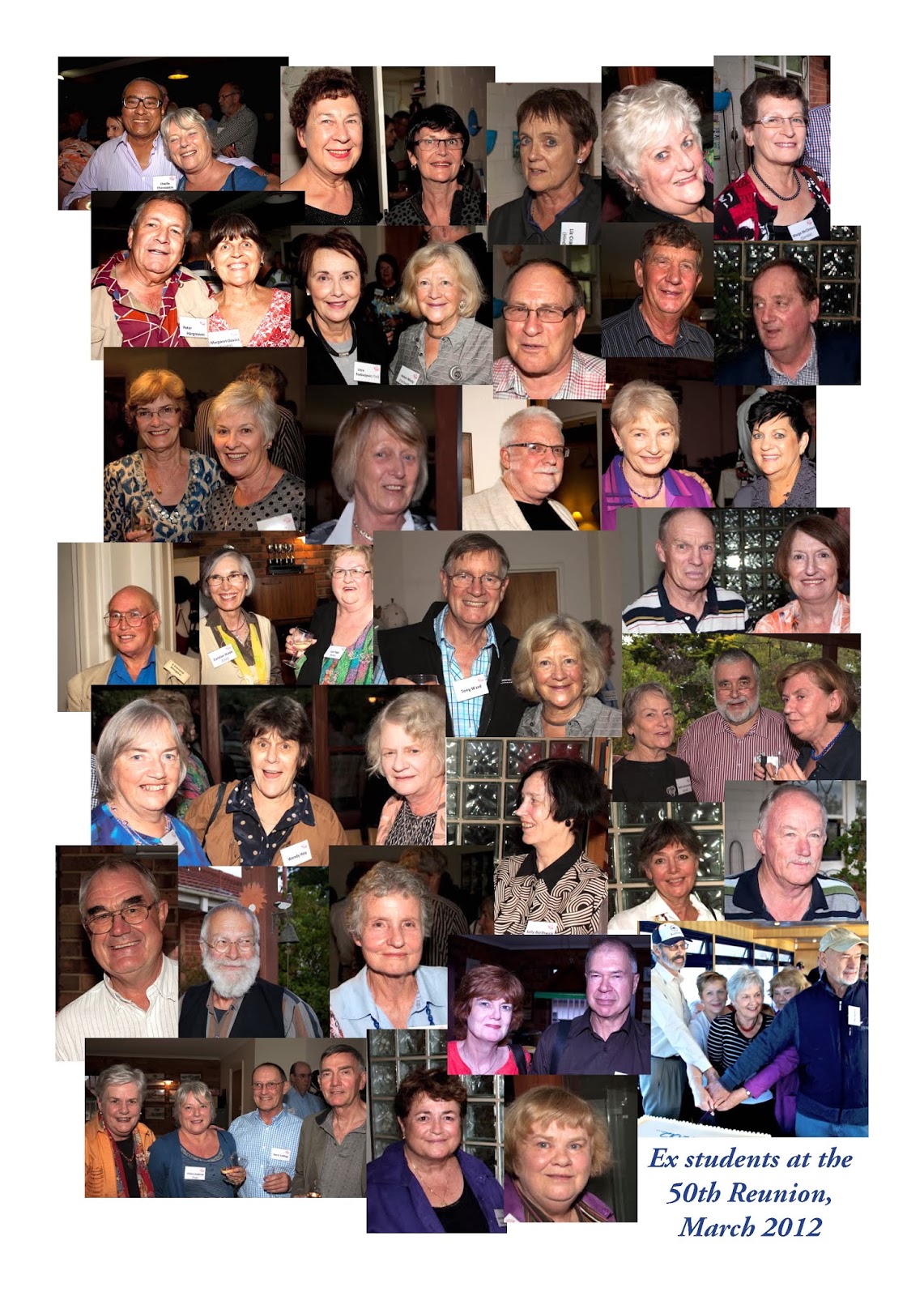 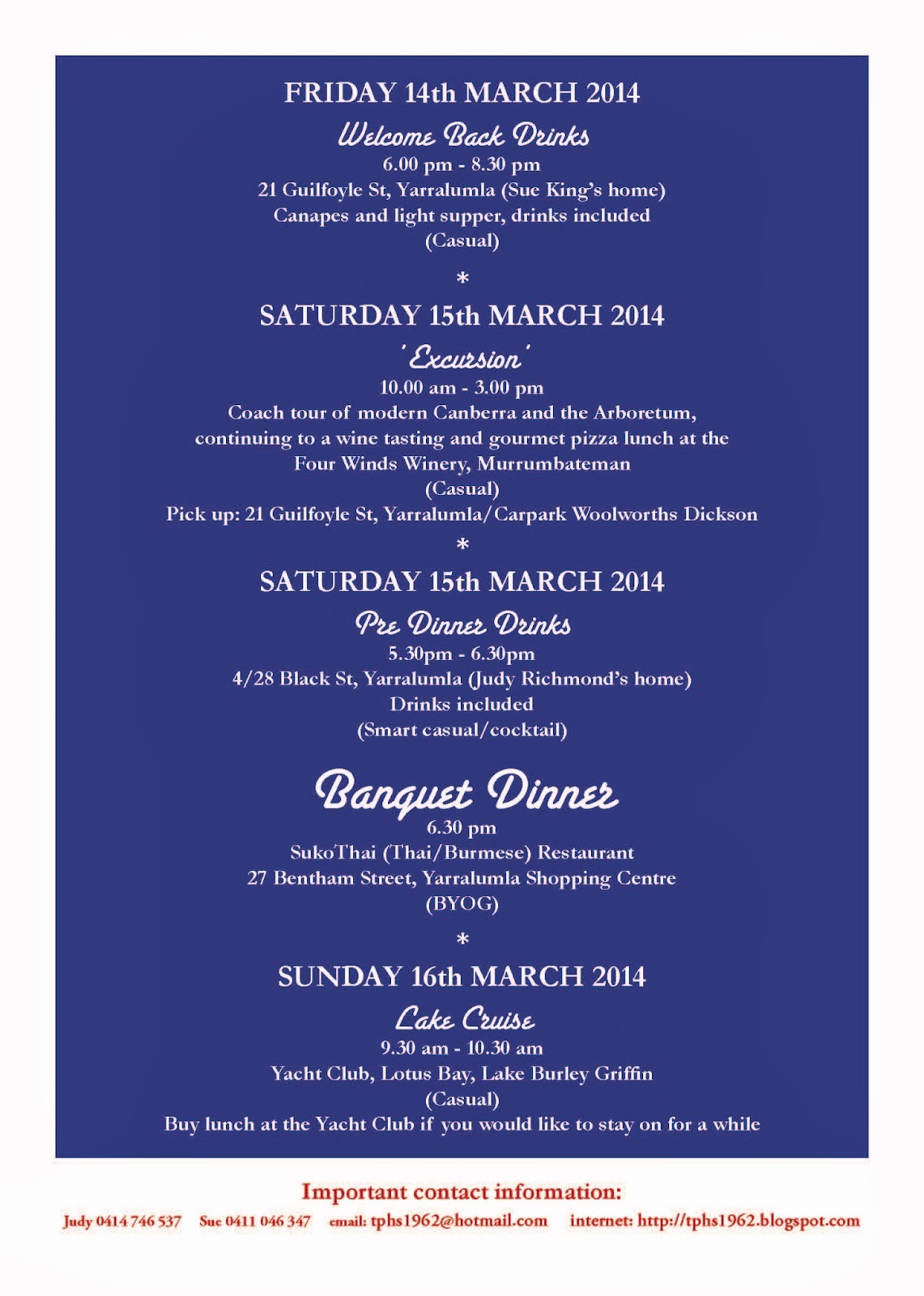 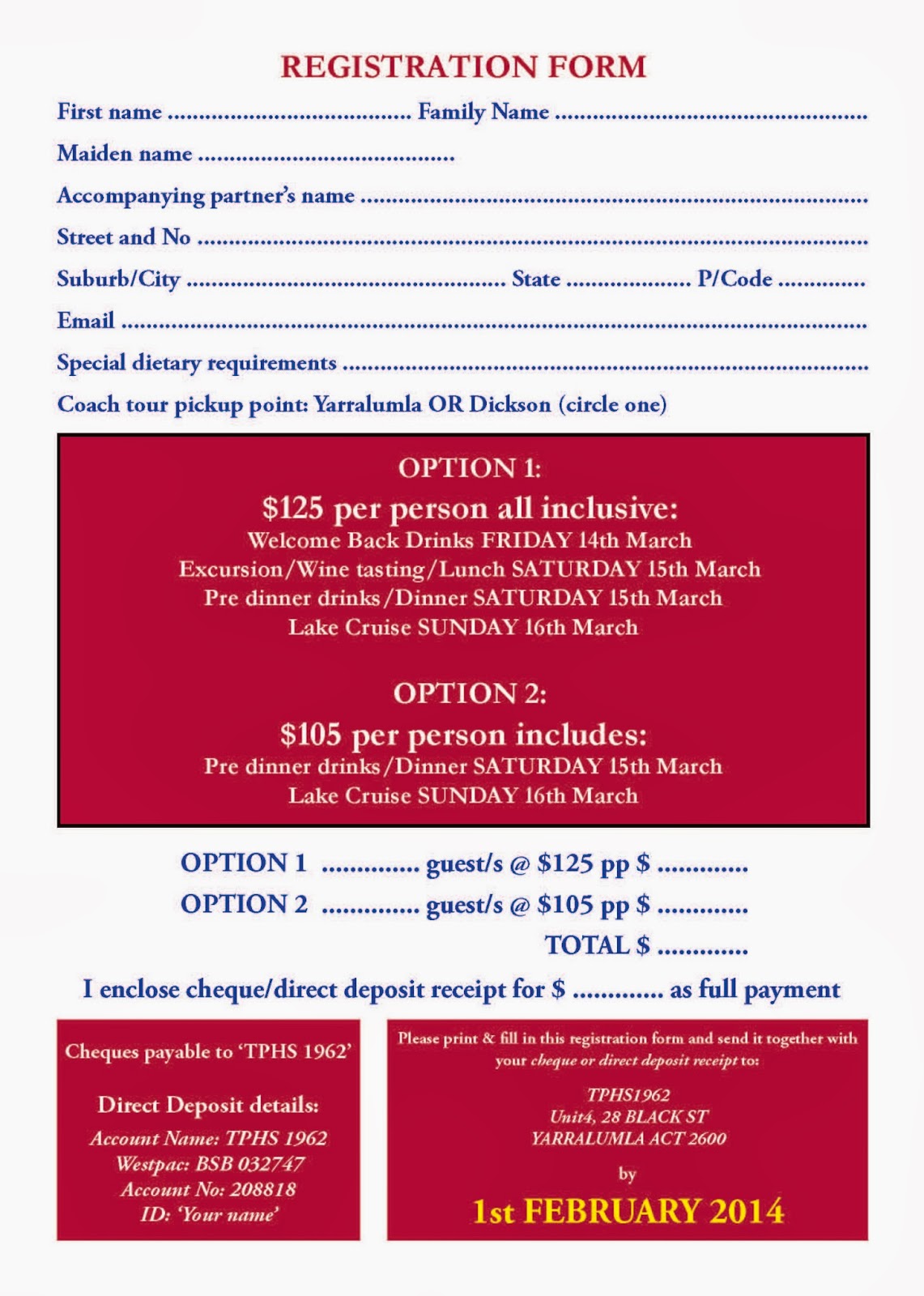 Two years have almost passed since our BIG 2012 bash.
Plans are well under way for our second reunion.

The Canberra committee met recently to work out another varied and entertaining weekend. An invitation will be emailed to everyone by mid December at the latest to allow adequate time to register and organise accommodation if required.

Please lock in the dates if you haven't already done so and be prepared for another fun filled couple of days in Canberra. We are really looking forward to catching up with you again. 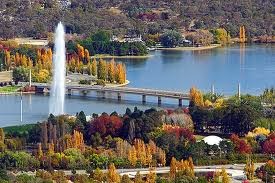 They keep rolling in.

Richard Jessop is sharing his with us:

Since I can no longer remember what I did five minutes ago, but 60 years can be quite vivid, I'll start very early, with Monaro Crescent Play Centre:

Moving on,
In one of those "where were you when" moments, I distinctly remember walking up the ramp (Manuka side) and saying to a friend – “now we'll have to learn to sing "God Save the Queen"”.

Standing in rows, hands clasped in front, reciting (as a verse choir) "A chieftain to the highlands boond cried "boatman, do not tarry", and I'll give thee a silver poond to take me o'er the ferry".

And as a singing choir, the Skye Boat Song (speed bonny boat, like a bird on the wing, "onward" the sailors cry), not to mention "The Ash Grove" (Down yonder green valley, where streamlets meander) and "Nymphs and Shepherds".

All this culture must have been in 1st or 2nd class.

I, too , remember the old tuck-shop under the north wing - mainly for the disgusting spread that they used on the sandwiches - thin and white and tasteless. Give me my butter and malted milk any time.

With some regret I'll mention my least happy memory of school - being belted on the bum, repeatedly, by a teacher named McFadgen, using what felt, at the time, like a bit of 4 be 2 - it was certainly solid wood. Unlike the cuts in high school, when I'd at least know what I'd done, McFadgen's torture seemed random - I'd be sitting in class and suddenly realise that it was about to happen again. I'm not sure where he fitted in, but I think my love for Mr.McShane was in reaction to him.

Unlike Sue, I have no memory of being forbidden hop-step-and-jump before school. The boys did it in a sand-pit near the Manuka gate, and people came to school early just to compete. It happened at lunch-time too, of course.

Speaking of Mr. McShane, he once said that the correct answer to any question in the Health and Temperance exam would be "Don't give alcohol". I still have two (count 'em) merit certificates earned in these exams. Over the years they have caused much mirth, particularly towards the end of dinner parties. "I honour my God, I serve my Queen, I salute my flag" - we did too (salute, that is).
Posted by Norm at Monday, April 09, 2012 1 comment:

Canberra Times article .... the most sought after news item in town! 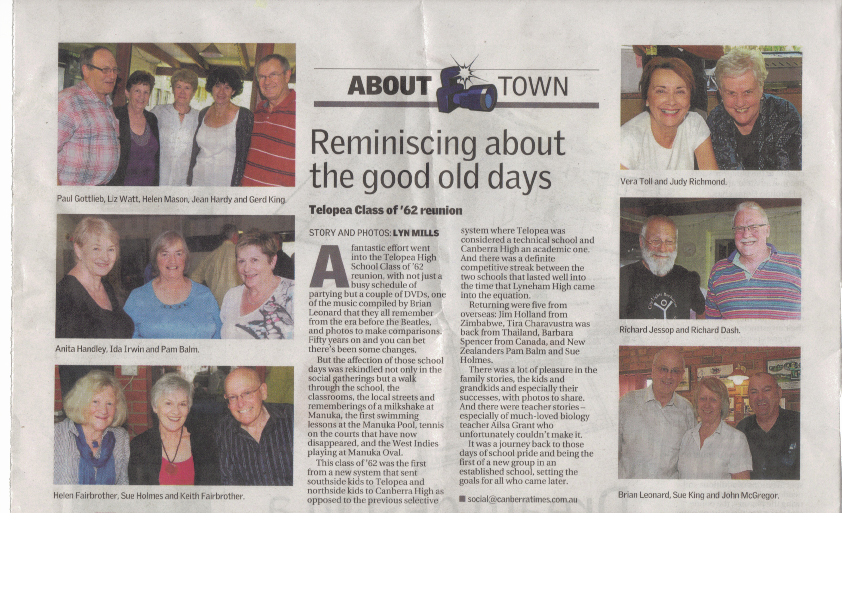 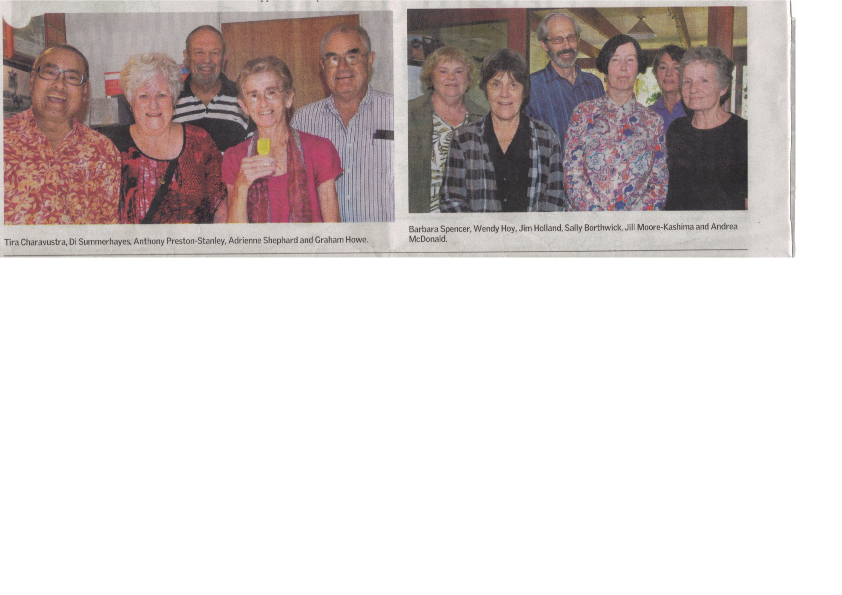 Great to hear from everyone!

A week has nearly past and at last I have found time to extend my thanks and best wishes to all for a wonderful time. Laurie and I were in awe of the organisation of the whole event.  I will hold in my heart the friendliness of everyone! Life is for making special memories and the reunion will certainly be one of those. Laurie and I wish you all a happy and safe Easter and look forward to meeting again in the not too distant future. Please do not pass through Tweed Heads without making contact.
Kindest regards
Helen (Moebus) Ganter

Gini and I had a great time at the reunion, thanks go to all the team who worked hard to make it possible, and I would like to keep in touch with the folks that we met. Lynne sent us a list and I will reply to her.
Thanks again for your hard work, we really enjoyed it.
Talk to you again.
Cheers
Tira Charuvastra

I would just like to add my thanks and congratulations to everyone who was involved in putting the reunion together and I think we can all appreciate the huge efforts which must have been made by many of you in Canberra, as well as by Ann and Lynne to make it such a wonderful and successful event. I have spent many an hour in front of the computer recently looking at photos etc which have been posted and even found a few of my own in an album previously well hidden amongst all the junk collected over the last 50 years. Although we have travelled around a bit and have been in Brisbane now for 18 years or so, I am always proud to say that I was born and bred in our National Capital and the recent visit only brought home to me how much your place of birth really does mean to you. Of course those early years of schooling likewise, have been very important probably for all of us and it was great to be able to share some of our memories with our former classmates and friends.
Hopefully we can touch base again sometime in the future,
Regards,
Rod Gilhome

I trust that things are getting back to normal for you and Gerd at Guilfoyle St. after having your home taken over during the reunion weekend. It was in fact a marvellous venue to get together and to roll back the years and reminisce about being at Telopea.  My sincere appreciation to you and the organising committee for all you did to make everyone feel most welcome over the weekend and ensure that our 50th reunion was a great success. There was a lot to catch up on and each of the activities/events allowed us to become reacquainted and to bring back vivid memories. Well done!
Regards,
Tony Ward
Posted by sue at Tuesday, April 03, 2012 No comments:

ROD HOLMES, ON BEHALF OF VICKI DREESE (HOLMES) SENT US THESE PHOTOS FROM THE REUNION. THANKS ROD AND VICKI. 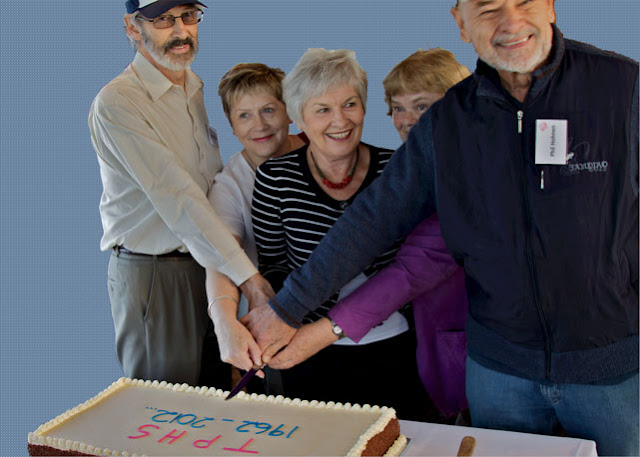 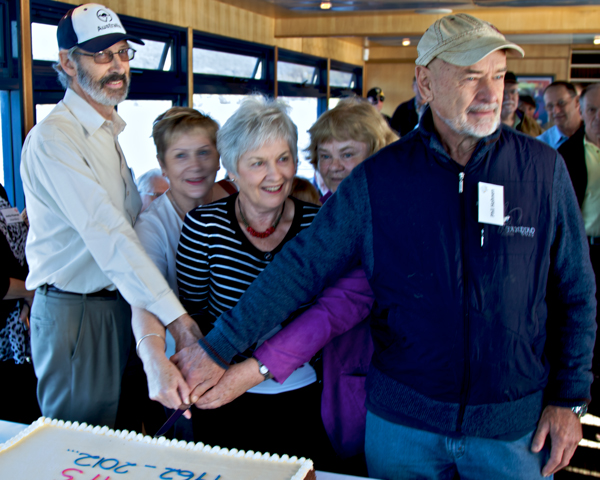 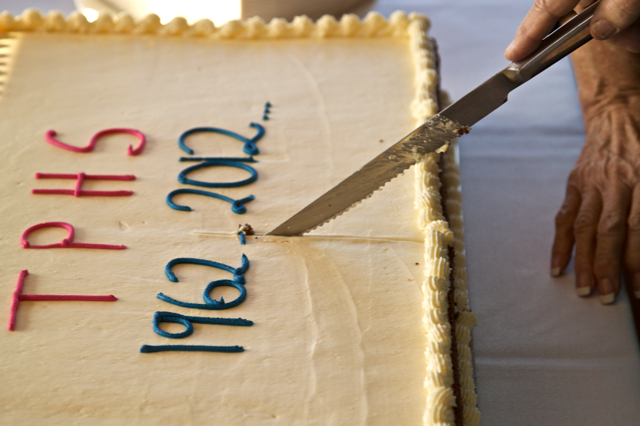